What are the suitability requirements for leave to remain applications?

If you want to remain in the UK on the basis of being a family members of a British citizen or someone who is settled in the UK or on the basis of your private life in the UK, the first thing you need to do is to meet the suitability requirements for Appendix FM leave to remain applications.

It is important for you to understand that the requirements, which I’ll be discussing in this article will only be applying to those who are already in the UK. To those who want to apply for a visa to continue living in the UK.

This is where the decision maker starts considering their applications. If you do not meet these requirements – the Home Office is most likely to refuse your application.

What are These Suitability Requirements?

There are quite a few of them. Don’t get discourages by the number. They are all straightforward and easy to understand because they are logical and make sense.

First of all, the Home Office will refuse the application if you are subject of a deportation order. A deportation order is a legal document, which requires the subject to leave the UK. This person can also be detained until he is removed. If you have this order you’ll normally need to wait for 10 years before you are legally allowed to re-enter the UK.

Conducive to the Public Good

Conducive to the Public Good means ‘not desirable’.

Imprisonment of more than 4 years.

Secondly, the Home Office will refuse your application if they believe that your presence in the UK is not conducive to the public good.  This normally happens when someone has been convicted of an offence for which they have been sentenced to imprisonment of more than 4 years.

Imprisonment of less than 4 years but at least 12 months

Sometimes the Secretary of State can make such a decision even if someone is convicted for less than 4 years but at least 12 months.

Thirdly, the decision maker can refuse the application on the basis of someone being a persistent offender who shows a particular disregard for the law. There is no legal definition for the term ‘persistent offender’. We need to rely on case law in order to interpret this term. According to one of the 2016 cases:

‘Plainly, a persistent offender is not simply someone who offends more than once. There has to repeat offending but that repetition, in and of itself, will not be enough to show persistence. There has to be a history of repeated criminal conduct carried out over a sufficiently long period to indicate that the person concerned is someone who keeps on re-offending. However, determining whether the offending is persistent is not just a mathematical exercise. How long a period and how many offences will be enough will depend very much on the facts of the particular case and the nature and circumstances of the offending. The criminal offences need not be the same, or even of the same character as each other. Persistence may be shown by the fact that a person keeps committing the same type of offence, but it may equally be shown by the fact that he has committed a wide variety of different offences over a period of time.’

So, this will always be decided based on the facts of each particular case.

Character, Associations and Other Reasons

The Home Office can also decide to refuse the application on suitability grounds if the applicant in the UK is not conducive to the public good because of their conduct, character or associations. There may be other reasons, which will make it undesirable to allow them to remain in the UK.

Not Complying with a Requirement

The Home Office is also most likely to refuse the application if they asked a person and that person failed, without a reasonable 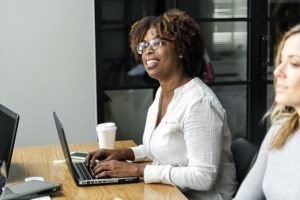 (a) attend an interview;

(d)  undergo a medical examination or provide a medical report.

The Home Office is most likely to refuse your current application if they refused your asylum application under of Article 1F or paragraph 339D. This also applies if the Secretary of State refused your application under Article 33(2) of the Refugee Convention because there are reasonable grounds for regarding them as a danger to the security of the UK. I shall not explain what these articles and paragraph means. This is because if they apply to you and your application refused on this basis – you already know what they mean. If you don’t – most likely they do not apply to you at all. However, if you are in doubt, get in touch with the immigration practitioner who assisted you with your asylum claim.

The Difference Between Mandatory and Discretionary Grounds for Refusal

The reasons, which I mentioned above are known as mandatory grounds for refusal. This means that if any of the above grounds apply to you, the decision maker has no choice but to refuse your application.

Below I’ll explain the discretionary grounds for refusal. This means, that the decision maker can ‘exercise the discretion’ if you any of the ground below apply to you. OK, let’s continue.

The decision maker will refuse your application if, whether or not with your knowledge –

(b) there has been a failure to disclose material facts in relation to the application.

A Maintenance and Accommodation Undertaking

Also, the refusal is most likely to happen where the applicant made false representations. Additionally, if he failed to disclose any material fact in a previous application for entry clearance, leave to enter, leave to remain or a variation of leave. This also applied to previous human rights claims. Moreover, it applies to the situation where he did so in order to obtain from the Secretary of State or a third party a document required to support such an application or claim (whether or not the application or claim was successful).

This also applies where the applicant has previously made false representations or failed to disclose material facts for the purpose of obtaining a document from the Secretary of State that indicates that he or she has a right to reside in the UK.

The Home Office may also refuse your application if you went through the appeal process. As a result of this process, the Home Office won the case. You needed to pay the litigation costs however you failed to do so.

If You Haven’t Paid the NHS Fees

And finally, if you have an outstanding NHS bill for more than £500, your application can also be refused. In the majority of circumstances, this will not apply to you because the Home Office has introduced the Immigration Health Surcharge, which is covering the NHS bills now.

I STRIVE FOR EXCELLENCE WHEN HELPING YOU. YOUR FEEDBACK/QUESTIONS/COMMENTS IS MY FUEL. GET IN TOUCH HERE

Why Do Irish Citizens Need to Consider Applying under the EU Settlement Scheme?