Mandatory Grounds for Refusal for Leave to Remain Applications:

If you make your application from outside the UK, then you ‘entry clearance’ general grounds for refusal will apply to your application. I’ve described these grounds in my previous two articles.

Play by the Rules

The UKVI WILL refuse your application if you make an application, which is not covered by the UK Immigration Rules. The UK government defines the rules of the game and you have to play by their rules. For example, they’ll refuse your visa application if you apply to remain in the UK on the basis that you have blue eyes. There are no Immigration rules which allow people to remain in the UK because they have blue eyes.

Even White Lies Are Not Accepted

The Secretary of State will refuse your in-country application if you lied in your application. In legal language, they 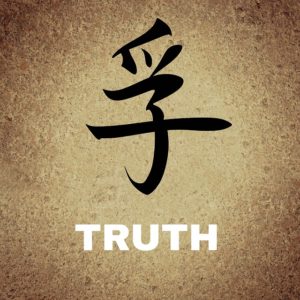 Also, rather harshly, you’ll be still penalised by the refusal even if you did not know about this lie. For example, there was a case where a father lied about his daughter’s age in her application. Despite the fact that his daughter was completely unaware of this lie, the application was still refused. The judge said it made no difference whether or not that girl knew of her father’s lie. It applies equally to the cases where legal representatives make false representations on your behalf. Even without your knowledge.

If you are making Indefinite Leave to Remain Application (apply to remain in the UK indefinitely, without any conditions imposed on your stay), your application will be refused if you have been sentenced to imprisonment for at least 4 years.

Some convictions may become ‘spent’ after a certain period of time. This means that the Home Office will disregard them for the purposes of making/deciding an application.

With convictions, which led to 12 months- 4 years imprisonment, they will disregard them after 15 years. If there was imprisonment for less than 12 months, it will become ‘spent’ after 7 years.

If there was a non-custodial sentence or other out of court disposal, you will need to wait for 24 months (2 years) before making an application.

Whether you are applying for ILR or just make your further leave to remain application, the Home Office WILL refuse it if they excluded you under Аrticle 1F or paragraph 339D. I am not going to explain what this means in this article. This is because if you are a refugee and you were excluded, chances are you already know what this means and appealed against the decision.

Danger to the Security

The Secretary of State will also refuse the application if she made a decision that a person poses a danger to the security of the UK under Article 33(2) of the Refugee Convention.

This also applies to cases where the Home Office, after a person has been convicted by a final judgment of a particularly serious crime, decided that such a person constitute a danger to the community of the United Kingdom.

In my next article, I’ll be explaining the rules for discretionary grounds for refusal for FLR and ILR cases.

And finally, if you want to get a UK visa of any type, you need to understand the rules of the game. You also need to understand how to apply them correctly. UKVisaSuccess.com online courses help you do exactly that. After watching the course you need, you’ll dramatically reduce the chances of refusal of your visa application. It is because you’ll understand the application process and the requirements.

What May Trigger the Refusal of Your British Spouse Visa Application?